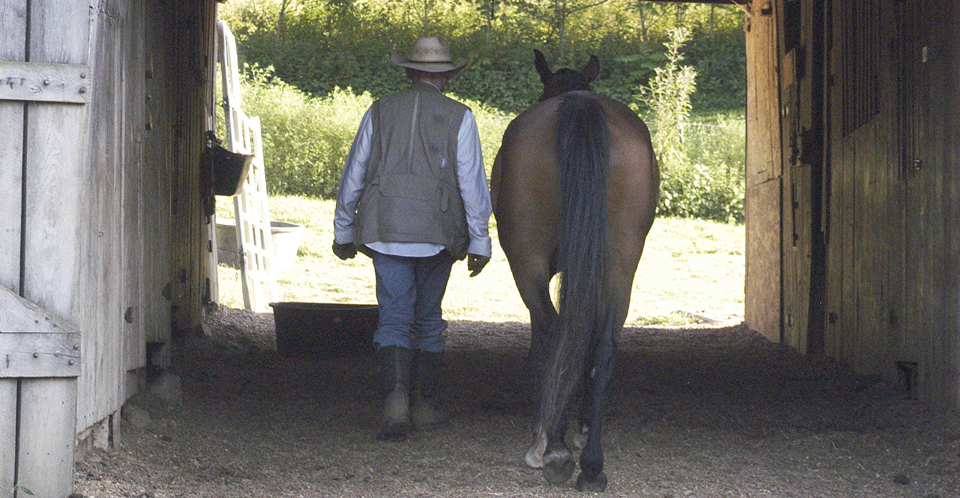 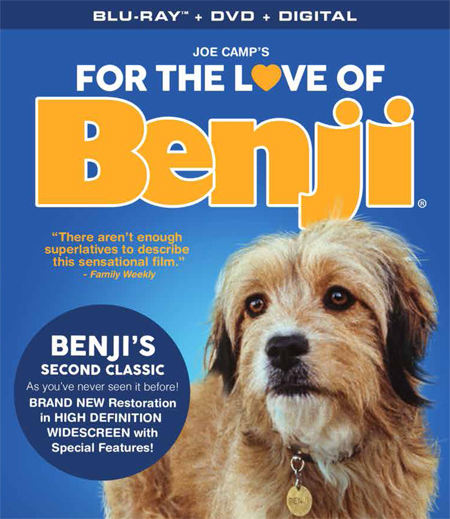 For the Love of BENJI has been fully restored in glorious High Definition Widescreen for the first time ever! One of the most popular family movies of all time comes to Blu-ray, DVD, and Streaming with a stunning all-new HD restoration, presented in its original widescreen aspect ratio and fully loaded with special bonus features!

Hailed by many critics as even better than the all-time classic Benji, For the Love of Benji remains one of the best loved films for audiences of all ages. Oprah and Steven Spielberg are among those who testify that Benji is their favorite big screen animal. The Los Angeles Times said: “Benji is able to sulk, skulk, peek, pause, do double-takes, worry, frown, scowl and glint in sly triumph. He is so wordlessly articulate that he should do a film without any two-footed creatures at all trying to steal scenes from that small and extraordinary dog with the soulful eyes.”

Brand New full-length Audio Commentary with Joe & Brandon Camp
Hear about all the things that went wrong, and all the things that went astonishingly right.
The Phenomenon of Benji
An ABC-TV prime time special that won its ratings time-slot and was in the top ten for the week. All about Benji’s life before and after the original movie
Benji at Work
Another ABC-TV prime time special, behind the scenes on his movie and television productions. This special was nominated for an Emmy.
Benji Movie Memories
3 minutes with 3 Benjis from 5 different movies. See if you can tell which one is which.
Benji Photo Gallery

“There is no Oscar for animal actors but perhaps there should be.” – Dallas Morning News

“Benji has definitely joined the ranks of all the human superstars with his acting performance.” – Family Weekly

“Benji has the most expressive eyes in dogdom; he can make himself look more lost than any dog you’ve ever wanted to take home.” – Miami News

“The most appealing short movie star since Dustin Hoffman.” – CBS-TV

“Benji is a throwback to the great stars of the silents, truly Chaplinesque in his emotional responses.” – Memphis Commercial Appeal

“Benji has the most expressive face in dogdom” – Milwaukee Journal

“I’m ready to admit Benji would be a sure bet were an Academy Award ever offered in the canine division. His ability to sustain a mood in the face of manifold distractions is especially remarkable.” – Baltimore Sun

“The amazing thing is that Benji’s scruffy face seems capable of expressing any emotion you can think of.” – Christian Science Monitor